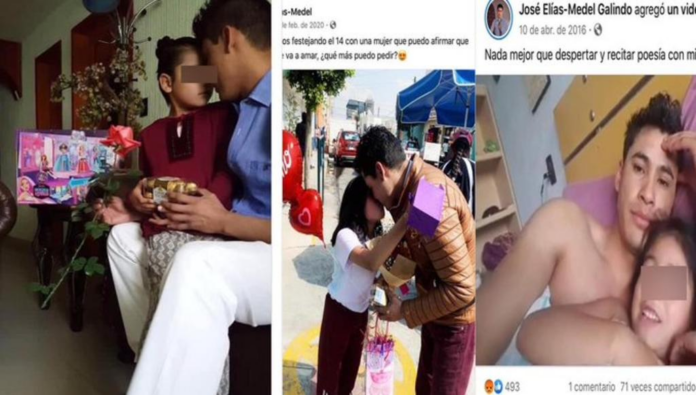 The Attorney General’s Office for the Defense of Minors and the Attorney General of the State of Puebla is investigating whether the former candidate for local deputy for the district of San Martín Texmelucan, Elías Medel Galindo, could have committed a crime or damage against his daughter.

Governor Luis Miguel Barbosa Huerta reported that the Office of the Attorney for the Defense of Minors of the State System for the Integral Development of the Family (DIF) initiated an investigation against the lawyer who spread photographs with his daughter on his social networks, whom he kissed on the mouth, she exhibited naked and presented messages to her as if she were her sentimental partner.

In his morning press conference, the president stated that the State Attorney General’s Office was also informed so that they are the ones who determine if said photographs have any inappropriate content for the minor.

“That it is perfectly defined that the minor is not at risk, that has to be done, the Office of the Attorney for the Defense of Minors informs the General Prosecutor’s Office to determine what is the circumstance that is happening in that particular case, which apparently has indications of inappropriate things, “he said.

A day earlier, the Partido Movimiento Ciudadano in Puebla (MC) canceled the registration of its candidate, who was exhibited on social networks with inappropriate attitudes towards his daughter.

And it is that dozens of citizens and organizations that defend minors pointed out the pedophile’s lawyer and demanded an investigation.