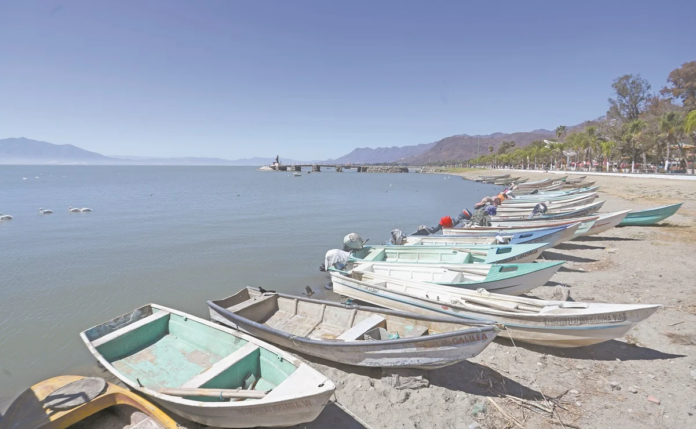 Pandemic stopped investigations to find the causes of deterioration in the health of young people in the community of San Pedro Itzicán due to the water.

The community of San Pedro Itzicán, in the municipality of Poncitlán, Jalisco, suffers from a high rate of kidney disease, which affects, above all, minors, apparently due to the contamination of the water in Lake Chapala.

Since 2015, Eduardo Covarrubias Íñiguez, who was then director-general of Health Regions and Hospitals of the State Secretariat of Health, detected abnormal rates of kidney disease in minors in this community located on the shore of the lake.

Given the ignorance of what was happening, he approached Felipe de Jesús Lozano Kasten, a researcher at the University of Guadalajara who had been studying the effects of methylmercury present in the fish in the lake on the cognitive development of children from the municipality of Jocotepec, and thus a problem began to become visible that, despite having multifactorial causes, seems to have a direct relationship with agrochemicals.

“We have a database that is guiding us to that; We already have some publications that have allowed us directly to say what is happening, ”says Lozano.

The streets of San Pedro Itzicán are narrow and unpaved; the houses are anchored to the slopes of the hill and extend until they reach the shore of the lake. In one of its neighborhoods, Agua Caliente, practically everyone knows someone with kidney problems, but there they assure that this began almost 20 years ago and they attribute it to contamination.

In a letter sent in 2016 by the residents of this community to the municipal government, to demand the supply of drinking water, it is stated that starting in the 1980s, they stopped drinking water from Lake Chapala due to contamination.

The results of Lozano’s first investigations, in 2016, showed that, in effect, there was a high rate of kidney problems in the area: “We decided to start with a simple exam, which would show if the kidney was throwing away proteins; We did it to more than 400 children, and it turned out that 60% were throwing away protein.

“The kidney was letting protein pass and that spoke of inflammation. We had to know then the size of the damage in each one and we also began to ask ourselves what the cause was ”.

Finding that answer required an interdisciplinary team and increased technology to search for heavy metals, pesticides, herbicides, and insecticides in water, in fish, in mud, in food, in the soil of houses, in the blood of people, to see if there were metals in human milk, in hair, etc.

After managing the purchase of specialized equipment, the UdeG researchers began the searches. “What we found first were the pesticides. Those children urinate pesticides from newborn to 17 years; Every six months we did these scans to see what pesticides they had and there were some that coincided with their agricultural cycles, with the planting of corn and chayotes, but others did not, that is, they persisted despite not using them. And we wonder how they reach the children ”, recalls Lozano.

As part of the problem, the researchers found that there are significant levels of malnutrition in the area, since 70% of the children have some degree; furthermore, factors such as poverty, poor water quality, and little access (around 20 liters per day) aggravate the situation.

“It became multifactorial, we have kidney, neurocognitive, development and growth damage, but there is no diabetes, there are no obese and the curious thing is that it only occurs in Mezcala, San Pedro, Agua Caliente, and Chalpicote. Outside of there, it does not occur; the problem only exists around 17 kilometers close to the lake ”, he says.

A piece of information shed more light on agrochemicals as one of the fundamental factors in the problem and delved into the need to know how they reached children: pesticides were always present in all the minors studied, mainly glyphosate, prohibited by presidential decree.

“We began to work with anthropologists and one of the issues that makes a difference with the rest of the populations around the lake is that these are people who have lived there for hundreds of years, who have different uses and customs from those of other populations in the lake. mountain 100 meters from the lake. Children play in the lake because there are no courts, they wash clothes and dishes in the lake ”, explains the academic.

This investigation caused that in December 2019, the Ministry of Health of Jalisco invested 4.8 million pesos in a study to determine the level of kidney damage that the 49 thousand 598 children who attend school in seven municipalities on the shore of Chapala.

The project established that between February and December 2020 there would be 24 thousand samples for screening; But the pandemic and the suspension of face-to-face classes has hampered the investigation.

So far, studies have been carried out on 1,629 minors from San Pedro Itzicán and 80 of them presented kidney damage.