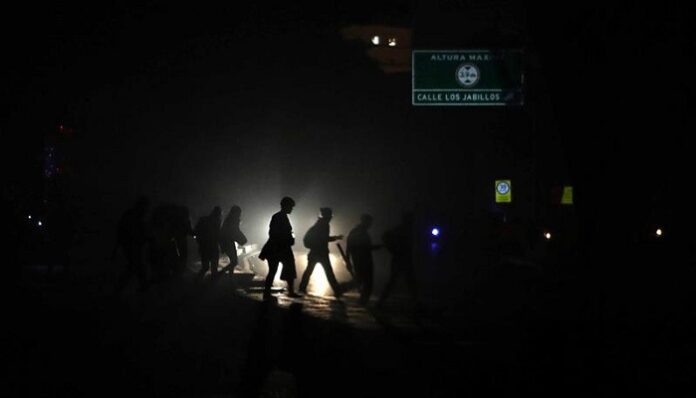 The National Center for Energy Control (Cenace) announced that this afternoon, from 6 in the afternoon to 11 at night, central time, there will be blackouts in 12 states of the country.

The entities are from the center and west of the Republic, as well as from the Bajío: Aguascalientes, Colima, State of Mexico, Guanajuato, Guerrero, Jalisco, Michoacán, Nayarit, Puebla, Querétaro, San Luis Potosí and Zacatecas.

The cause of the electricity cuts, rotating and random, is the lack of sufficient generation caused by the interruption of the delivery of gas from the United States to the Federal Electricity Commission (CFE) due to the winter storm that hits the neighboring country and that has paralyzed part of its energy infrastructure.

Through Twitter, the agency asked the population to take pertinent preventive measures in the face of the lack of electricity supply and recommended actions to reduce the demand for energy.

Cenace also assured that scheduled and controlled power outages contribute to the balance between load and power generation to avoid major impacts on the National Interconnected System.

Northern Mexico is experiencing power outages for the second day in a row due to problems in several generation plants due to gas supply failures from Texas, United States, where an unusual frost has also left millions of users without power.

The operator of the Mexican electricity system, Cenace, maintains the operational alert and makes rotating cuts that affect the states of Chihuahua, Coahuila, Tamaulipas, and Nuevo León, all bordering Texas and with a strong presence of large industries ranging from oil companies to bottlers and the automotive sector.

The day before, the blackout affected some 4.7 million users in northern Mexico, although a good part of the service was restored since Monday afternoon.

“We have to deal with that crisis,” Arca Continental bottler CEO Arturo Gutiérrez said of the situation in Texas on Monday during a conference call with analysts. The company is based in Monterrey, in Nuevo León.

US President Joe Biden declared an emergency on Monday, as freezing cold of minus 22 degrees Celsius paralyzed activity at Texas oil wells and refineries, as well as forcing restrictions on pipeline operators.

Mexico imports large volumes of abundant natural gas from the United States in the face of an increasingly high deficit in its local production, in addition to taking advantage of the low prices that the North American gas market has enjoyed for years, but that disappeared in recent days for the emergency.

The country does not have a natural gas storage infrastructure, which, together with its dependence on imported gas, has left it vulnerable to supply cuts or weather emergencies like the one the region is now experiencing.

Trying to put out the fire, the CFE said Monday that it would shore up the system with hydroelectric and coal generation, as well as looking for liquefied natural gas (LNG) to replace the missing gas from Texas that reaches Mexico by pipeline.