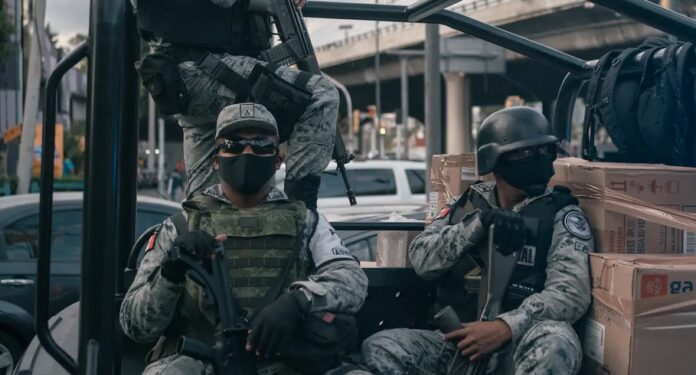 The Washington Post MEXICO CITY (Feb. 12, 2021).- When President Andrés Manuel López Obrador took office, his senior aides were blunt. Mexico’s security system was “in ruins,” they warned. Homicides were at record highs. Local police forces were infiltrated by crime groups. Tens of thousands of people had been forcibly disappeared. The country, they concluded in an analysis sent to the national Congress, had been “transformed into a cemetery.”

López Obrador, an icon of the Mexican left, was a longtime critic of the U.S.-backed war on drugs. “Soldiers should be returned to the barracks,” he had insisted. But confronted with the highest levels of violence in 60 years, he responded as his predecessors had: He called on the military.

Two years into López Obrador’s term, Mexico’s armed forces have assumed a broader role in the country’s affairs than at any point since the end of military-led government in the 1940s. The government has deployed record numbers of troops to deal with the deteriorating security situation. They’re patrolling cities, raiding drug labs, and protecting strategic installations. But it doesn’t stop there. The military is increasingly the president’s go-to force for tasks previously managed by civilian agencies, from running ports to repairing hospitals to building airports.

The army is now at the center of one of the biggest crises in U.S.-Mexico relations in recent years. Stung by the U.S. arrest of Mexico’s former defense minister for allegedly aiding a drug cartel, the Mexican Congress on Tuesday passed a bill that is likely to hamstring cooperation on narcotics trafficking and other criminal matters. López Obrador proposed the legislation.

The rift shows how U.S. authorities underestimated the increasingly important role played by Mexico’s military. What looked like justice to American prosecutors was perceived in Mexico as undermining an ally. The dramatic arrest of Gen. Salvador Cienfuegos in Los Angeles alarmed a wide array of politicians, who worried that American drug agents were reaching deep into Mexican institutions — and perhaps tapping their own phones. The case also underscores how difficult it is for U.S. law enforcement agencies to find trustworthy partners.

Under pressure from Mexico, the United States backed down by releasing Cienfuegos, but that has not quelled the fury.

“They didn’t measure the power of the Mexican army,” said Catalina Pérez Correa, who studies drug policy at the Center for Research and Teaching in Economics.

Well before the Cienfuegos case, civic groups and security analysts were raising concerns about the effect of the military’s expanding influence on Mexico’s young democracy.

“The question we have to ask is, as their role continually grows, whether the armed forces will eventually have more power than the president,” said Ernesto López Portillo, head of the citizen security program at Ibero-American University.

The militarization presents a host of risks: Analysts fear civilian oversight will diminish as more government activities are shifted to the armed forces. Soldiers trained to use overwhelming force against an enemy are regularly accused of human rights violations.

Perhaps most important, the dependence on the military is unlikely to solve Mexico’s most urgent problem: crime groups that are increasingly gaining control over the country’s territory and unleashing extreme violence. While leaders are relying on the armed forces, they’re not as focused on developing professional police forces or effective legal systems.