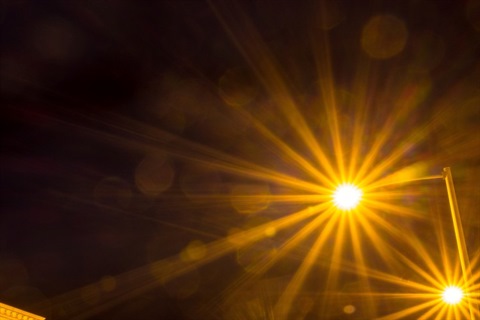 This week, the Federal Electricity Commission eliminated, in agreement with the government of Tabasco, the historical debts of about 607 thousand delinquent users, in addition, that as far as is known, there will be an automatic change to the 1F rate, one of the most comfortable in the country.

It should be considered that according to figures from the Ministry of Energy itself in the southern state of the Republic there are about 800 thousand users, which means that almost 80% had at some point a debt with the CFE.

While that was cause of celebration for some, there was a legislative event that went almost unnoticed and that also has to do with electricity (and I am not talking about the initiative to reform the Electricity Industry Law).

On January 18th, the decree that amended several articles of the General Law of Ecological Balance and Environmental Protection was published in the Official Gazette of the Federation. Surely you will say what does this have to do with electricity? Well…

For the first time in Mexico, from the legislation with the character of general, that is, that applies to all orders of government (federal, state, and municipal), pollution derived from light is taken into consideration.

In the terms of the law, this type of pollution is considered to be the luminous glow in night environments, as well as the brightness produced by the diffusion and reflection of light in gases, aerosols, and suspended particles in the atmosphere, which alters natural light conditions at night.

In addition, it makes astronomical observations of celestial objects difficult, due to the intrusive light, and the natural brightness must be distinguished, attributable to radiation from sources or celestial objects and to the luminescence of the upper layers of the atmosphere.

The new regulation also establishes a new concept, called “intrusive light”, this is the part of the light in an installation with a light source that does not fulfill the function for which it was designed and does not prevent light pollution. It includes, among others, the light outside the area that is required to be illuminated; diffuse light in the vicinity of the lighting fixture; the illumination of the night sky that results from direct and indirect reflection, as well as that which is projected in various directions outside the terrestrial area to be illuminated.

So are billboards and spectacular displays going away? Not exactly, but we will have to wait until, within a maximum period of one year, the Ministry of the Environment and Natural Resources, together with the Ministry of Health and the Ministry of Energy, issue something known as the Official Mexican Standard.

In this document, the maximum permissible concentration values ​​for humans must be considered, and the respective emission limits will also be set.

Who is going to apply this law? By having the character of general law, its application corresponds to the three levels of government. Where I can foresee that a corruption problem will be generated, it will be with the municipalities, because if the exorbitant and excessive amounts that they intend to charge advertising companies that legally have advertisements were already a problem, they will surely now intend to charge additional amounts for the emissions of light.

Far from punishing or preventing light pollution, they will try to sell “permits to pollute”. I hope I’m wrong.,,