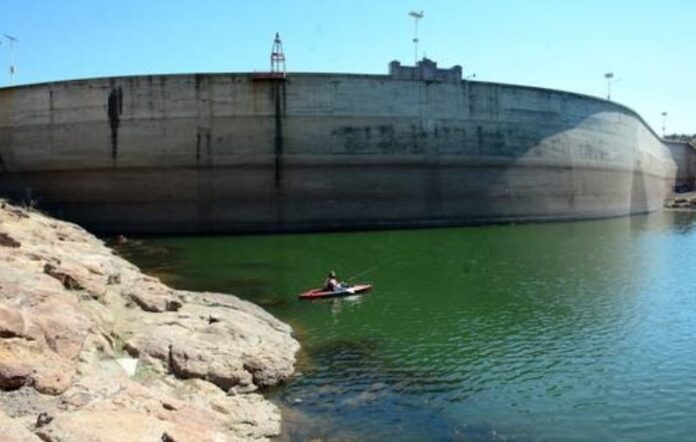 Aguascalientes, Ags. The governor of Aguascalientes, Martín Orozco Sandoval, intends to replace the freshwater from the Plutarco Elías Calles dam –with which some 5,000 hectares of crops are irrigated– with treated water from the state capital; For this project, which according to the government would modernize the technified irrigation system, 4 billion pesos were requested from the National Water Commission (Conagua).

The idea, however, has been rejected by hundreds of medium and small rural producers in the district belonging to the municipalities of Tepezalá, San Francisco, Rincón de Romos, and Pabellón de Arteaga, who request the federal government to intervene in order to prevent that the liquid that they use for irrigation, is destined to supply drinking water to the state capital.

“It is forbidden to irrigate our crops with treated water,” mainly vegetables for export, say farmers from the northwest of the municipality of Aguascalientes.

All this is happening in the midst of a severe drought, not only in the state capital and its metropolitan area (San Francisco de Los Romo and Jesús María) but also in the rural sector, which in addition to reducing seasonal corn and bean crops, has made important grains and forages more expensive in this dairy region in the center of the country.

Founded in 1928, the irrigation district one of Aguascalientes is the oldest in Mexico, and with the Plutarco Elías Calles dam, with a capacity of 350 million cubic meters of water –and an irrigation volume of 32 million–, 2,100 parcels in the northwest of the state.

According to peasants and rural organizations, including the National Union of Agricultural Workers, the project of Governor Orozco Sandoval would affect 1,840 farmers who grow 12 high-value agricultural products on 5,100 hectares, 4,100 of them with technical irrigation.

In an interview, Marcos Puga, aspiring to chair the Board of Directors of the Users Association of the Irrigation District One, based in the municipal seat of Pabellón de Arteaga, said: “With treated water, we could not continue growing vegetables; It would only allow us to sow fodder and that does not benefit us because of the low price. Many years ago we started with the reconversion of crops and we are doing better with the sowing of blueberries, asparagus, strawberries, zucchini, cauliflower, and broccoli, which are export quality products ”.

In addition, district one employs qualified labor (agricultural laborers) and up to three people per hectare are hired for practically the entire year.

“We are the first to whom they should consult,” criticized Marcos Puga when he learned that at the end of 2019 Martín Orozco presented the executive project of his plan to the federal government, but he has not made it public or informed the producers of the irrigation district despite the wave of criticism and disagreement that his plan has generated.

In October 2019, during a visit to the Plutarco Elías Calles dam, Orozco Sandoval presented Blanca Jiménez Cisneros, general director of Conagua, his plan for the “modernization and technification” of irrigation district one.

The governor explained the need for Conagua to invest 4 billion pesos in this project that, she said, would be a “model for other states that also have water stress in their aquifers.”

However, faced with the wave of questioning and discontent, the state government began to back down. On Tuesday, Feb. 9th, Jorge López Martín, coordinator of social communication for the Aguascalientes government, assured in an interview that it is false that Orozco Sandoval wants to deprive farmers of water.

“This is simply a project that is being promoted so that it can be launched in about eight or ten years, and it will not be up to Governor Martín Orozco to see it materialized. It is a project, it is not a reality; it is totally false that the water is being taken away from the farmers of that irrigation district, ”said the spokesperson representing the Aguascalientes State Government.

Since last December a group of farmers led by Marcos Puga has kept the headquarters of the Irrigation Users Association of District One occupied in order to demand that the election of the president of the board of directors be repeated, since they assure that there were several anomalies in the process, such as promises of an endowment of water to buy votes and the use of an apocryphal user registry.