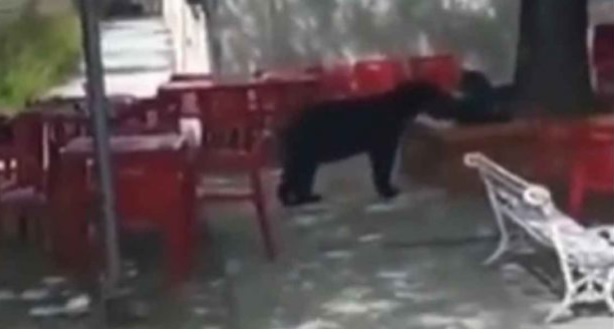 In the images recorded by students, the animal is seen walking on a kind of esplanade while sniffing some backpacks that it finds around.

Bear sightings in the Nuevo León metropolitan area have been captured on several occasions, either by security cameras or by people who manage to record the moment thanks to their cell phones.

On this occasion, the moment in which a bear wanders through the facilities of the Faculty of Communication of the Autonomous University of Nuevo León Campus Mederos (UANL) was captured, while looking for some food.

In the images recorded by students, the animal is seen walking on a kind of esplanade while sniffing around some backpacks that were left unattended, however, it gets scared when it sees the young people arrive, so it only takes one of the backpacks with its snout and runs away towards the mountainside.

It is unknown what was the purpose of the backpack and the items inside it, and if the owner managed to recover it.

The Faculty of Communication Sciences of the UANL is located in the middle of a mountainous area, so many bears come in search of water and food.