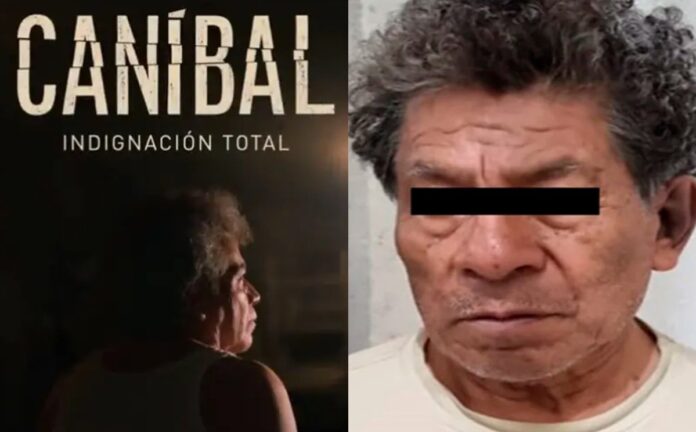 The Supreme Court of Justice of the Nation (SCJN) broadcasts a documentary series about the so-called “Caníbal de Atizapán” and in the third episode revealed that Andrés Filomeno Mendoza Celis gave meat to the neighbors, even invited them to eat, and said that it was boar.

In the chapter it is narrated that Andrés Filemón was known among the community for being a nice man, quiet, but kind to his neighbors, a fact that perhaps caused him not to raise suspicions when he approached them to give them meat, presumably from his victims.

“Mr. Andrés distributed human flesh, he invited several police officers in the area to eat, several people, the lady from the store on the street […] if he invited a lot to eat, in fact, he invited specifically carnitas, which was what he said he did,” said a witness who rented in the place where the cannibal carried out the crimes.

Andrés dissected the meat like steaks, a cut that was found on the plate when the proceedings began at the home where he killed and dismembered his victims.

But not only did he give away the meat, but he also sold it by the kilo, since he argued that they gave him a lot of meat.

“I told them that it was enchilada meat and even wild boar meat  that ‘was very good, let them try it, the other two neighbors even told us that they did give it to them and that they did eat it.”

In the chapter also, Jonathan J. González, captain of the Atizapán Fire Department, recounts the findings in the house of the Lomas de San Miguel neighborhood, in Atizapán, which served the femicide to carry out the murders and to hide the remains of his victims.

Although not all the remains of the women murdered by this subject remained in the place where they were deprived of life since Mendoza Celis used his knowledge as a butcher, a job to which he dedicated a large part of his life, to further his psychopathic acts

A plate with a cut of meat and an omelet revealed that Andrés Filemón ate the meat of the women whose lives he took, as reported by the fire captain when he went to the scene of the crime and found that there were “perfect cuts of meat” were reserved, as well as kitchen tools, anatomy books, murder films, blood-stained knives, cooked meat, pieces of skin hanging from a shopkeeper, and blood.

In a blue notebook, he wrote the day, month, and year of each femicide he carried out, writing down addresses and the weight of each part of the body of his victims. They calculate that in that notebook there were between 30 or 40 data on women.

Among the interviewees and collaborators that appear in the documentary series are: Rogelio Zaragoza, Fernando Flores and Jorge Vázquez, security elements of the municipality; Gabriela Warkentin, journalist and academic; Jonathan González, local fire captain; a tenant of the home involved, as well as a neighbor, both anonymous; Feggy Ostrosky, researcher and professor at UNAM; Irene Tello, Executive Director of Impunidad Cero; Itzel Cruz, journalist, and Ruth Olvera, current municipal president of Atizapán.

“ Being a poor young woman is your death sentence. Something is going to happen to you , ”Ruth Olvera is heard saying during the promotional video for the series.

Femicides in Mexico do not stop, because only in the first half of 2022, 239 cases have been registered according to information from the Executive Secretariat of the National Public Security System. This figure is accounted for by the number of investigation folders initiated by the different state prosecutor’s offices. The State of Mexico (39), Nuevo León (21), Veracruz (21), Mexico City (15) and Oaxaca (14) are the entities where the largest number of cases have occurred.