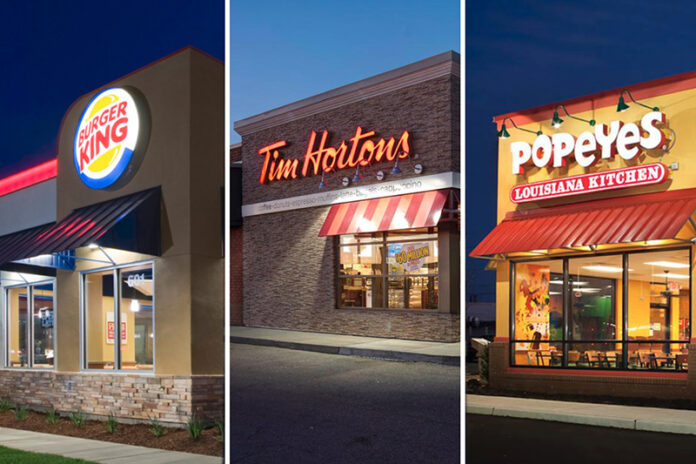 The coffee shop chain has 42 stores in Monterrey and its metropolitan area; now it will seek to reach other cities in the country.

For the Canadian-American fast-food company Restaurant Brands International, Mexico is a key market within its global expansion strategy, where it not only bets on the opening of units of its Popeyes chicken chain, but also plans to carry to its Tim Hortons brand of coffee shops outside of Monterrey and to open branches next year in other major cities in the country.

In an interview with Forbes Mexico, José Cil, CEO of the company, tells that they currently have around 400 Burger King in the national territory, 42 Tim Hortons in the Monterrey capital, and have recently launched the Popeyes growth plan with its partners from RBI and JK Capital as franchisees.

“ Mexico is a very important country for us in Latin America and worldwide, we see it as a key country. We are a restaurant company, we have a vision, a dream, we tell it ‘to create the most beloved restaurant brands in the world’, which is quite an ambitious challenge, but that is the goal ”, he says.

In this sense, Cil indicates that after the arrival in 2017 of their Tim Hortons coffee and bakery concept in Monterrey, they are in the process of leaving the royal capital and showing the rest of the country their product, in a sector where it would compete with other players like Starbucks, The Italian Coffee Company, Punta del Cielo or Cielito Querido.

“I think it would be for next year… we will continue in major cities, but those plans are underway at the moment. We have 42 branches, the brand and the business are growing a lot, we have a new concept of containers that are only self-service; we are starting, but starting well and really creating a brand ”, he says.

In fact, the coffee shop business in Mexico last year reached sales of $ 512.3 million according to data from Euromonitor, a sector that was affected by the pandemic registering a 25% drop compared to $ 684.4 million registered in 2019.

According to the consulting firm, in the national territory Starbucks operated by Alsea is the main player in this sector, with a participation of 56.7%; which until the end of September had 741 units according to the financial report of the company headed by Alberto Torrado.

Euromonitor data indicate that in second place is The Italian Coffee Company with a market share of 8.6% and 400 points of sale; while the third place is for Punta del Cielo with 8.4% and 172 units.

However, Tim Hortons is not the only bet of Restaurant Brands International in Mexico, it also has the Popeyes chicken chain on its menu; José Cil account, acquired in 2017 due to the potential they saw in the brand in the US market and that they are now seeking to grow in the Mexican Republic.

“It gave us confidence that, with the quality of the product, now with a slightly wider offer… we have a product and a brand that can be a global brand, so the launch here in Mexico is proof of that great opportunity… we have ambitions to having hundreds of restaurants in Mexico, the focus is not to do X’s every month or every year, but to look for good places, to be close to the customer ”, he assures.

José Cil assures that they do not see the pandemic as a limitation, since several areas of the country are on a green traffic light, restaurants are beginning to open again and return to a situation prior to Covid-19.

“We have a vision of the brand, of the business, as owners, in the long term, so we saw this as a great opportunity, obviously there are specific issues, such as rent is a little more accessible in the current environment, but it is not a matter of one year, next year, last year, but we started the business as long-term owners and we see that in Mexico we have to have the most beloved chicken restaurant business, we have the capacity, products, partners ”.

The CEO of Restaurant Brands International that the spearhead for the brand is Mexico City, where they opened a store last month, but believes that there are great opportunities in various parts of the country and the next place to explore would be in Monterrey for Popeyes.