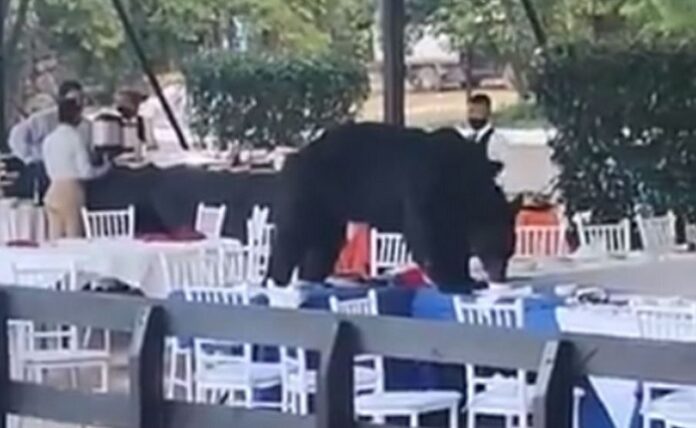 A group of people was having breakfast at the Hotel Chipinque, in San Pedro Garza García, when suddenly a bear appeared on site and apparently decide it would be a good idea to help himself.

The event was recorded by one of the diners and shared on social networks, which quickly went viral.

The quadruped approached the dining area, climbed on top of the tables, and tasted some of the guest’s dishes.

The animal spent a moment enjoying the food, and then he found his way out of the place.

In the video, it is possible to observe how several people tried to take a selfie with the bear while others shot videos which they quickly uploaded to their social networks.

In addition, it was possible to see a waiter who with a chair was trying to scare away the quadruped.