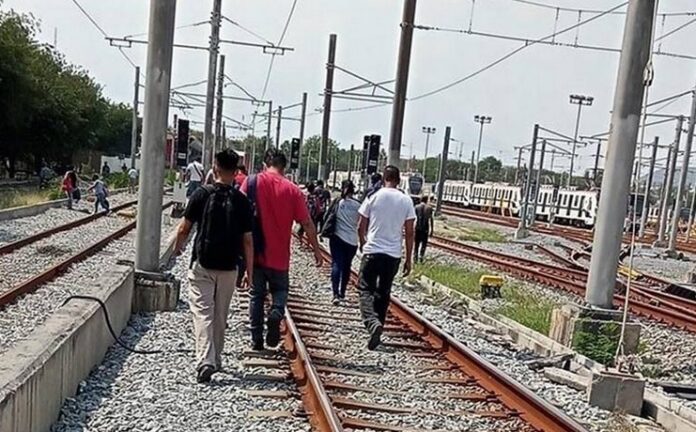 A failure in the track changer caused the derailment of a Line 1 Metro train at the Talleres station on Line 1 north of Monterrey, Nuevo León.

Although there were no injuries, Miguel Perales, director of Civil Protection of the State, reported that some 80 people were evicted from the place of the accident.

“What was observed is that the first two tires of the light rail left the track, this caused the stopping of the train, and the interruption of the whole operation; passengers had to be evacuated safely, it was verified that there is no damage in the system, parts or accessories. Some tests with trains have already been carried out in the area,”

In turn, the director of the Metro, Juan Carlos Holguín reported that they had a failure in the change-way near the Talleres Station, but then about 20 Metrorrey workers carried out work to repair the wagon with the use of a forklift.

One of the cars stopped in the middle of the route and the passengers had to get off and walk on the tracks. Users said that the failure could have been caused by human error when activating the change of track.

After the derailment, the passengers spent about 10 minutes on the train until they were evacuated. The accident was registered after 4:00 p.m. and the service was resumed after 6:24 p.m.