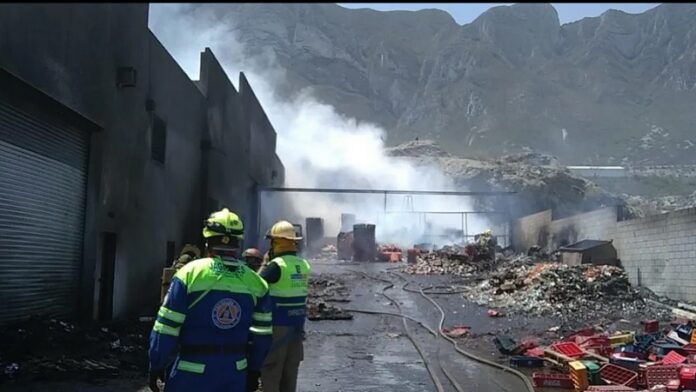 Monterrey, Nuevo León (April 10, 2021).- Firefighters and Civil Protection staff in the state of Nuevo León are about to finish a week of hard work putting out different types of fires that keep them in check. This Friday alone, 200 urban fires and seven forest fires were registered, whose temperatures oscillated in the 45 degrees Celsius.

According to information published by the Civil Protection of Nuevo León, the 200 accidents registered in Monterrey and its metropolitan area affected vacant lots, businesses and homes.

The Director of Civil Protection stressed that both firefighters, rescuers, and agents of this institution lived a challenging and exhausting day in the face of the numerous fires registered this day.

The official explained that the fires are dealt with as quickly as possible, but the workload has been strenuous, due to the high temperatures that the fires reached, not counting on their proliferation.

Among the forest fires registered in the state of Nuevo León, one of them corresponds to the Sierra de Santiago, located 34 kilometers south of Monterrey, according to Civil Protection data.

The agency detailed this day that the flames of the forest fire spread to the community of Agua de En medio.

However, on the same day, three more claims were registered simultaneously in Rayones, Linares and General Zaragoza.

The Rayones fire occurred near the Los Mireles community, at an altitude of 2,300 meters. More than 60 firefighters came to the scene to help douse the flames.

In parallel, at the ejido of Santa Rosa (Municipality of Linares, Nuevo León) it was necessary to use aircraft and ground support to fight the forest fire that afflicts the area.

While in the community of General Zaragoza, coordinated work between the municipal unit and communication brigades continues to control the forest fire in the vicinity of the La Encantada sawmill.