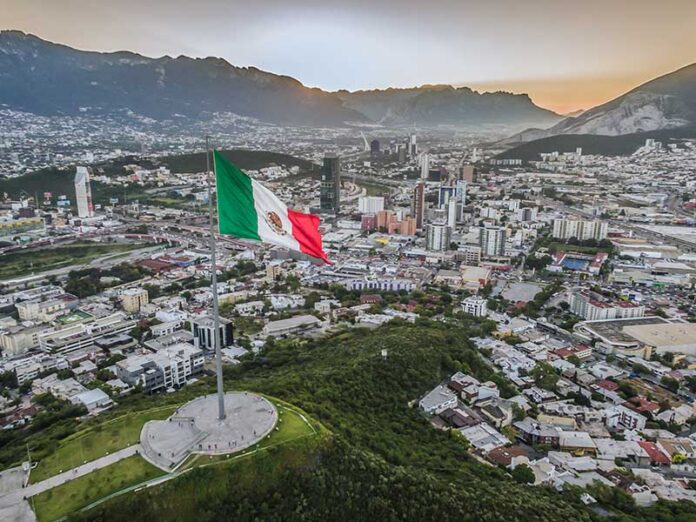 Do you want to see the city of Monterrey from the heights? Check out these viewpoints with the most incredible landscapes

One of the advantages of living surrounded by mountains in Monterrey is the possibility of enjoying the best views of the city. You can see amazing landscapes, without having to go hiking, even from your car in some areas and roads, such as Cumbres or Valle Oriente, or from a tall building in the city.

However, there are also several viewpoints around the metropolitan area, where you can see incredible postcards of Monterrey, either by day or by night. Although there are several viewpoints, these that we present here are the most popular among locals and visitors, and they are also the most accessible.

The Cerro del Obispado and the flagpole viewpoint

Visiting the Cerro del Obispado and the viewpoint of the flagpole that is located at the top is almost a mandatory activity. The ease and accessibility to get there make it one of the city’s favorite tourist attractions. You can enter the Regional Museum of Nuevo León and from the esplanade, you can see the landscape of the city. But since if you want to see the landscape at a 360-degree angle, going up a little more to reach the flagpole is the right place, because from there you can see almost the entire metropolitan area.

One of the most controversial and emblematic constructions in Monterrey has undoubtedly been the Puente Viaducto de la Unidad, better known as the Cable-stayed Bridge. A construction that crosses the Santa Catarina river and connects the municipality of Monterrey with that of San Pedro Garza García. Although at the beginning of its construction in 2003 it was highly criticized, the truth is that it has become one of the most popular viewpoints among Monterrey, especially at night.

This viewpoint is almost on the Chipinque plateau, where the homonymous natural park is also located, which also has several spectacular views. But since if you do not want to enter the park, there is La Peñita, a small esplanade that you reach through a bridge, which is one of the most beautiful landscapes. On the one hand, you can see the hill of La Silla, the Topochico, the Loma Larga, and other places in the city of Monterrey and San Pedro Garza García.

Some time ago on the hill of La Silla, a cable car was placed as a tourist attraction to climb the mountain, however, after several fatal accidents, it was closed down, since then it has been abandoned. However, the cable car esplanade is still preserved today, which at the same time is also a viewpoint that offers an incredible view. Today it has become a mandatory stop when visiting the most iconic hill in Monterrey.