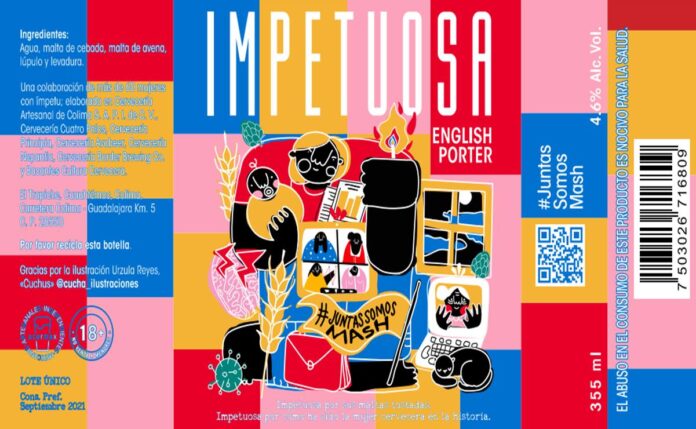 Today the brewers of Mexico will be creating a label that represents them, simultaneously they will cook the same recipe in six states of the country

This year the style of beer will be an English Porter, which will be available from the last week of March. You can buy it online, and in the places that the breweries, participating groups, and Impetuosa’s own networks advertise.

Part of the proceeds will go to a social cause. Here it should be noted that last year, 136 thousand pesos were collected, which were donated to three organizations in favor of Mexican women. These events aim to make the work of women visible within the industry, and to put on the table some problems faced when playing different roles in times of crisis.

In addition to the collaborative label during 8M, throughout March there will be talks in online mode that help build solutions and proposals for change in the beer industry. The talks via YouTube are: