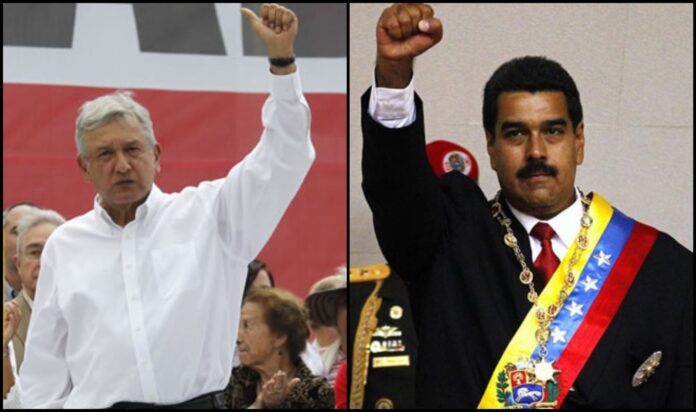 The president of Venezuela proposed this Friday to make the Venezuelan state oil company a safe supplier of gas to Mexico given the supply problems that the country has from Texas.

The president of Venezuela, Nicolás Maduro, proposed this Friday to convert the Venezuelan state oil company PDVSA into a safe supplier of gas to Mexico given the supply problems that the country has from Texas.

“We must speak with our brothers in Mexico, we must speak with the Mexican government because I have seen the whole issue of gas supply and the effort that President (Andrés Manuel) López Obrador is making to solve it,” Maduro said in an act at the Caracas headquarters of the state-owned Petróleos de Venezuela.

It is one of the new goals that I propose (…) to supply Venezuelan gas to Mexico, “added the president in the act broadcast on state television.

Maduro did not provide further details. Venezuela does not have a liquefaction plant to convert natural gas into LNG, which would be necessary to send the gas by sea.

Texas Governor  Greg Abott ordered fuel to remain in his state for the duration of the historic cold wave climate emergency on Wednesday, setting off alarms in Mexico.

A tanker that transports liquefied natural gas (LNG) from the United States began docking this Friday at the Mexican terminal in Manzanillo, data from Refinitiv Eikon showed, as part of emergency purchases to alleviate the shortage caused by the interruption of the supply of hydrocarbon to through pipelines from Texas.

The shipments arrive as the United States increases gas exports to Mexico through pipelines, despite an executive order issued this week by Abbott, banning gas supplies out of state until Sunday.

For his part, President Andrés Manuel López Obrador estimated on Friday that “soon” the gas supply will be regularized and the industrial sector will be able to resume normal operations, putting an end to stoppages that many companies have been forced to carry out due to the lack of fuel.

In June of last year, López Obrador asserted that Mexico would be willing to sell fuel to Venezuela for humanitarian reasons despite the sanctions imposed by the United States against some Venezuelan officials and its state oil company.

The South American country, with liquidity problems and under heavy US sanctions, would have difficulties financing a project of this type.

“There is no liquefaction terminal in Venezuela, nor will there be in the medium term,” said Antero Alvarado, managing partner of consulting firm Gas Energy Latin America in Venezuela.

The South American country has vast gas reserves and could theoretically export gas to neighboring Trinidad and Tobago, which has several LNG plants, but there is currently no gas pipeline connecting the two countries.

During the speech, Maduro said that he had signed a decree that extends a declaration of “energy emergency” in the country’s oil industry for another year, citing US sanctions on Petróleos de Venezuela.

Oil Minister Tareck El Aissami said during the event that PDVSA’s crude production would reach 1.5 million barrels per day (bpd) this year. The South American country told OPEC it produced 484,000 bpd in January, less than half it’s average of 1 million bpd in 2019.