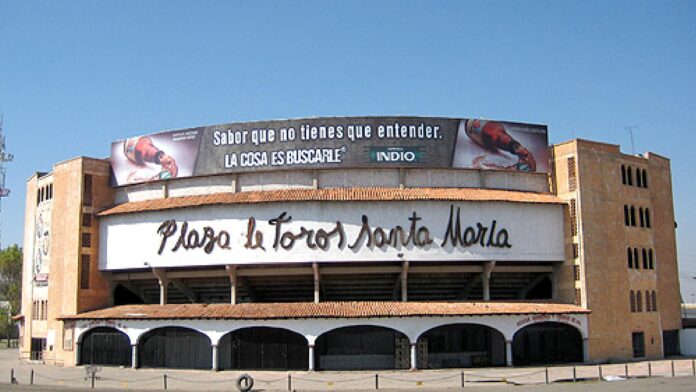 The owner of the bullring, Nicolás González neither confirms nor denies it, but hinted that the possibility exists

Owners of the emblematic Santa María bullring would seek a bidder for the property that is located in a privileged area of ​​the capital, as it has shopping malls, restaurants, and hotels in its surroundings, which make it a very juicy terrain for entrepreneurs.

The owner of the bullring, Nicolás González, neither confirms nor denies it, but hinted that there is a possibility of a sale by stating “it is not true until today” (February 12), so that in the future a historic property could fall for lovers of the Fiesta Brava.

In this Plaza de Toros, the top figures of the national and international tournament have been presented throughout the more than fifty years that the property has opened its doors, highlighting among them Julián López “El Juli”, Enrique Ponce, Pablo Hermoso de Mendoza, Mario Aguilar, Eulalio López “Zotoluco”, Octavio García “El Payo”, Diego Silveti, the Armillita dynasty, among many others that made bullfighting fans vibrate with emotion.

But not only were their figures of the tournament, but it was also the headquarters of Cuernos Chuecos who throughout nineteen years began their Tour in our city and only on one occasion did they not perform the final on that stage, but they have always considered it their home, in addition, that shows have been presented with artists of the stature of Joan Sebastian, Marco Antonio Solís “El Buki”, Intocable, Hombres G, Bronco, La Arrolladora Banda El Limón, El Tri, 90’s Pop Tour just to mention a few, it has also hosted Motocross events.

One of the factors for which the sale of this property of great tradition in our entity could be given would be the economic issue that all sectors are suffering, but especially bullfighting and sports, because so far the brave festival has been one of the most punished in this sense, so many involved in them have had to opt for bankruptcy.