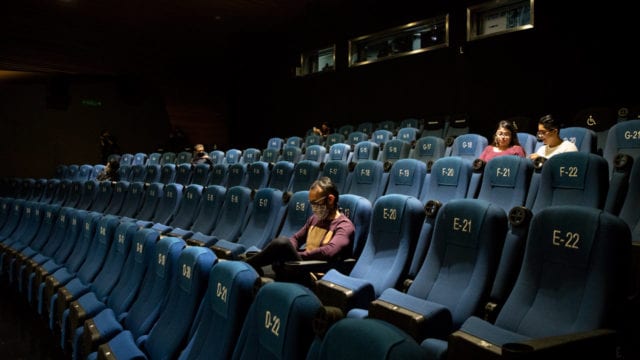 During these days, it transpired that exhibition chains such as Cinépolis and Cinemex were in full swing of movie theaters due to the pandemic and restrictions to open them due to Covid 19.

And yes, the two chains have had to close some of their cinemas, so the impact so far is 334 million unsold tickets, which in box office terms is equivalent to more than 18,407 million pesos.

“From March 25 to February 7 (last Sunday) 15.6 million tickets were sold throughout the country. This compares with 350 million that were sold in the same period in 2019, ”Canacine told Forbes Mexico .

“After more than 26 weeks of being closed, it was necessary for this and all the industries to be able to reactivate the activities adhering to the security protocols. It is an industry on which 50 thousand families depend directly, as well as 150 thousand indirect jobs ”, it is added.

Although the reactivation of cinemas began at the beginning of June with the reopening of cinemas in Aguascalientes, and these reopenings have taken place gradually, there are several challenges, such as: “The reopening conditions have been different in each city with different percentages capacity ranging from 25 to 50%, in some cases there is a restriction of days of the week, hours or age ranges.

The National Chamber of the Cinematographic Industry explained that “the confidence of customers to return to theaters has been given little by little, in studies that have been carried out, 95% of the customers who visit us feel safe because of the protocols” .

“As of today we have dropped to 21 states with reopening of authorized cinemas, unlike the 26 with which we started 2021.

Given that cinemas are spaces with a low risk of contagion and derived from the effectiveness of the New Normal Protocols, as of today there is no incidence whatsoever in theaters.

“Going to the movies is an activity that takes place in silence with very little social interaction; in movie theaters it is possible to guarantee social distance, thanks to the empty seats between attendees and the air is replaced several times per function. Furthermore, various studies that we have prove that to date, there is not a single case in the world that is linked to an outbreak of contagion in a movie theater, ”the document reads.

Although Guanajuato, Nuevo León, and Puebla are counted within the states with a red traffic light, attendance is allowed at cinemas with a limited capacity of 20% and 30% respectively.

Mexico fell as a power in the film industry

The exhibition industry in the country went from selling 352 million tickets in 2019 to only 66 million in 2020; a drop of 81%, which moved from fourth to eighth in the Top 10 countries with the highest number of tickets sold.

China ranks first with 542 million tickets sold, India has 355, the United States 229 and Russia with 90 mdb, among other countries.

China surprises and sells 2,900 million dollars, followed by the United States with 2,104 million dollars and in third place Japan with 1,709 million pesos.

Mexico has the lowest average price in the world for movie tickets. $ 2.8 and ranked seventh.