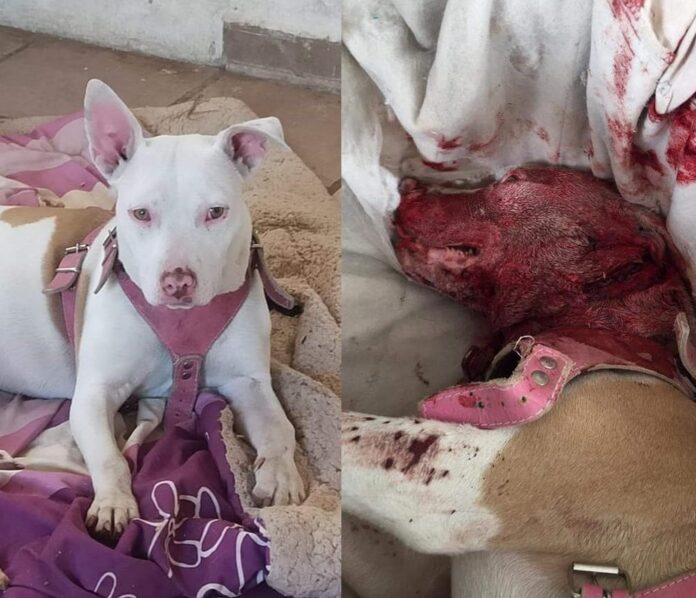 The dog “Alexa” died after being attacked by three pit bulls in the municipality of Chapala, the dogs were taken down the street without a leash. The owner of Alexa said that the Jalisco Prosecutor’s Office did not want to attend the case, passing the matter to the Municipal Judge, who failed in his obligations to ACT ON THE CASE and since the detainee was released and now threatens the owners of the dog. Given this, an administrative process was opened to the Municipal Judge, according to what was reported by Moís Anaya, Mayor of Chapala.

The event was recorded on February 8 in the municipality of Chapala, when a person walked with three pit bull dogs without a leash or muzzle, they were altered when passing by the address where the dog “Alexa” was located and they managed to drag and remove to the other pitbull from a garage to attack until she is dead.

After this, the affected person called the authorities, the subject was taken to the headquarters. The owner of “Alexa” asked the Jalisco Prosecutor’s Office for their intervention, but they delegated the case to the Municipal Judge, of whom they denounced for failing to do his job and assure that the accused, owner of the three pit bulls, was quickly released and now threatens the lives of “Alexa” owners.

Faced with the issue, Moises Anaya, Mayor of Chapala, came out to speak of the issue in a video, in which it is said “pro-animal” announced the start of an administrative process against the local official, so it is already being investigated by part of the comptroller; now, the resolution will be awaited to know whether or not there are a sanction and what type.

In 2019, Guillermo Hernández, Municipal Judge of Chapala, had been accused of being ignored in the case of animal cruelty against “Luna”, a dog who was attacked with machetes. At that time, those affected declared that Hernández wanted to solve the case with which only the attacker will pay them the cost of the dog “Luna.”