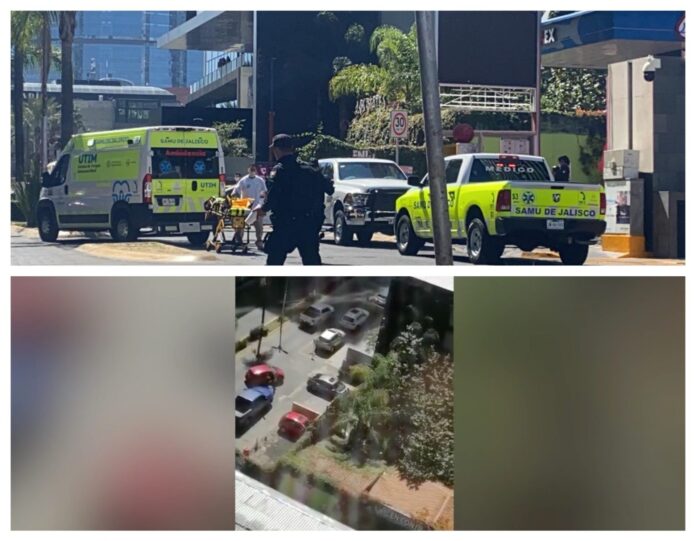 A large police mobilization took place in the Andares Zapopan area, after an attempted kidnapping in a restaurant.

It was at the restaurant “Los Otates” located on Calle Real Acueducto at the crossroads with Patria, in the Puerta de Hierro neighborhood, next to Plaza Andares; There, armed individuals got out of vehicles and went towards a man who was eating at the establishment, who by force tried to deprive him of his freedom, however, the man was accompanied by bodyguards and a shootout began.

A shooting registered this Monday in a restaurant located on Real Acueducto Avenue, in Zapopan, left three people injured and one person, apparently, deprived of liberty .

The events occurred shortly before 1:00 p.m. According to reports from the Zapopan Police Station, armed subjects who arrived aboard two private vehicles entered the restaurant in search of a man, who was apparently accompanied by his bodyguards.

Due to the incident, a shooting was recorded that left two workers at the site injured by a bullet, as well as a Zapopan policeman who was on his break, who tried to respond to the incident.

The two workers and the policeman were taken to an aid station for better care. The diners who were in the place managed to escape without more injuries being reported.

The assailants, apparently wounded, put a man on the bed of a recent-model white pick-up truck, which was waiting in the valet parking area.

Some of the aggressors fled in a red vehicle and others in the cab of the truck heading towards Patria Avenue, but not before shooting one of the vehicles that was circulating at the point towards Aqueduct Avenue. . No injuries were reported from the latter

Little more than 40 stone chips of different calibers remained at the site .

The place was guarded by personnel from the Zapopan Police, the National Guard and the Mexican Army ; So far, the capture of the criminals, who were wearing bulletproof vests and tactical equipment, has not been reported.

It will be the Public Ministry who is in charge of finding the motive for the aggression.

The body of a man is abandoned in the Zapopan hospital

At around 3:30 p.m. the Zapopan Police Station reported that the body of a man was abandoned in a private hospital in the El Colli area, also in Zapopan. Several people left him at the point and then fled to an unknown destination. Doctors at the site confirmed his death.

So far it is unknown if it is the same person who was taken in the white pickup or is related to some other event.