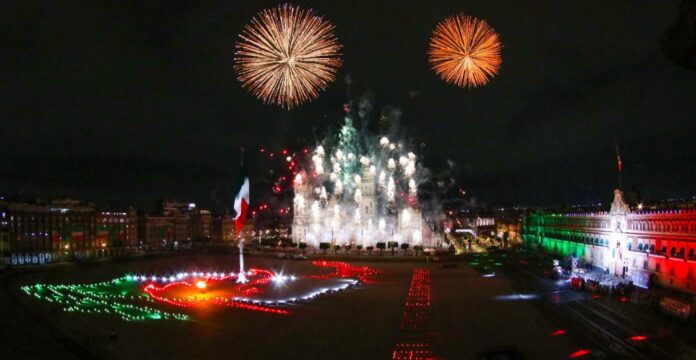 The government of Mexico reported this Friday the celebrations that it will carry out this year to commemorate historical events such as the consummation of Independence, the death anniversary of Vicente Guerrero, and the birth of Simón Bolívar.

In some cases, the celebrations will take place in states where a new governor will be elected in the June 6 elections.

February 24: The 200th anniversary of the promulgation of the Plan of Iguala and the Day of the Flag will be celebrated in Iguala, Guerrero. Afterward, a “route of the flags” will be made, the tour will begin in Iguala and will take to the states of Guanajuato, Veracruz, Hidalgo, Jalisco, Nuevo León, Tamaulipas, Puebla, Querétaro, Oaxaca and will end in Mexico City on 27 of September.

May 3: Request for forgiveness for grievances committed to the Mayan People, in Felipe Carrillo Puerto, Quintana Roo.

May 13: The 700 years of history of Mexico-Tenochtitlán. There will be events in Lake Texcoco, Xochimilco, and the town of Mixiuhca, in Mexico City

May 17: Appeal for forgiveness for wrongs committed to the Chinese community in Mexico.

June 19: Mourning Centenary of the poet Ramón López Velarde with an event in Jerez, Zacatecas

July 24: Simón Bolívar’s birthday will be commemorated. The event will be in Mexico City.

August 13: the 500 years of Indigenous Resistance and taking of Mexico-Tenochtitlán will be celebrated in Mexico City.

August 24: The 200 years of the signing of the Treaties of Córdoba will be celebrated in Veracruz.

September 15 and 16: Celebrations of the Cry of Independence and the civic-military parade in Mexico City.

September 27: 200 years since the consummation of Independence, event in CDMX.

September 28: Appeal for forgiveness for grievances against native peoples “Justice for the Yaqui people”, in Sonora.